BC Parks Foundation (BCPF) is a non-profit organization that needed fundraising solutions and to educate people on park etiquette to preserve British Columbia’s nature. My team and I proposed an integrated marketing campaign composed of three parts: The first was a take-over of metro Vancouver’s public transport stations to draw attention to the organization. This included a wrap for a metro train, posters and floor graphics for the station. With over 70,400 daily passengers at only one station, this would introduce BCPF to the general public. Step two involved selling a limited edition transit card with beautiful illustrated graphics of some of BC's Parks. These would sell for slightly more than a normal transit card would cost, and donate funds for park restoration. The third element was an app serving as a long term platform for BCPF, and a reliable tool for park visitors. My focus was on the app and campaign strategy. 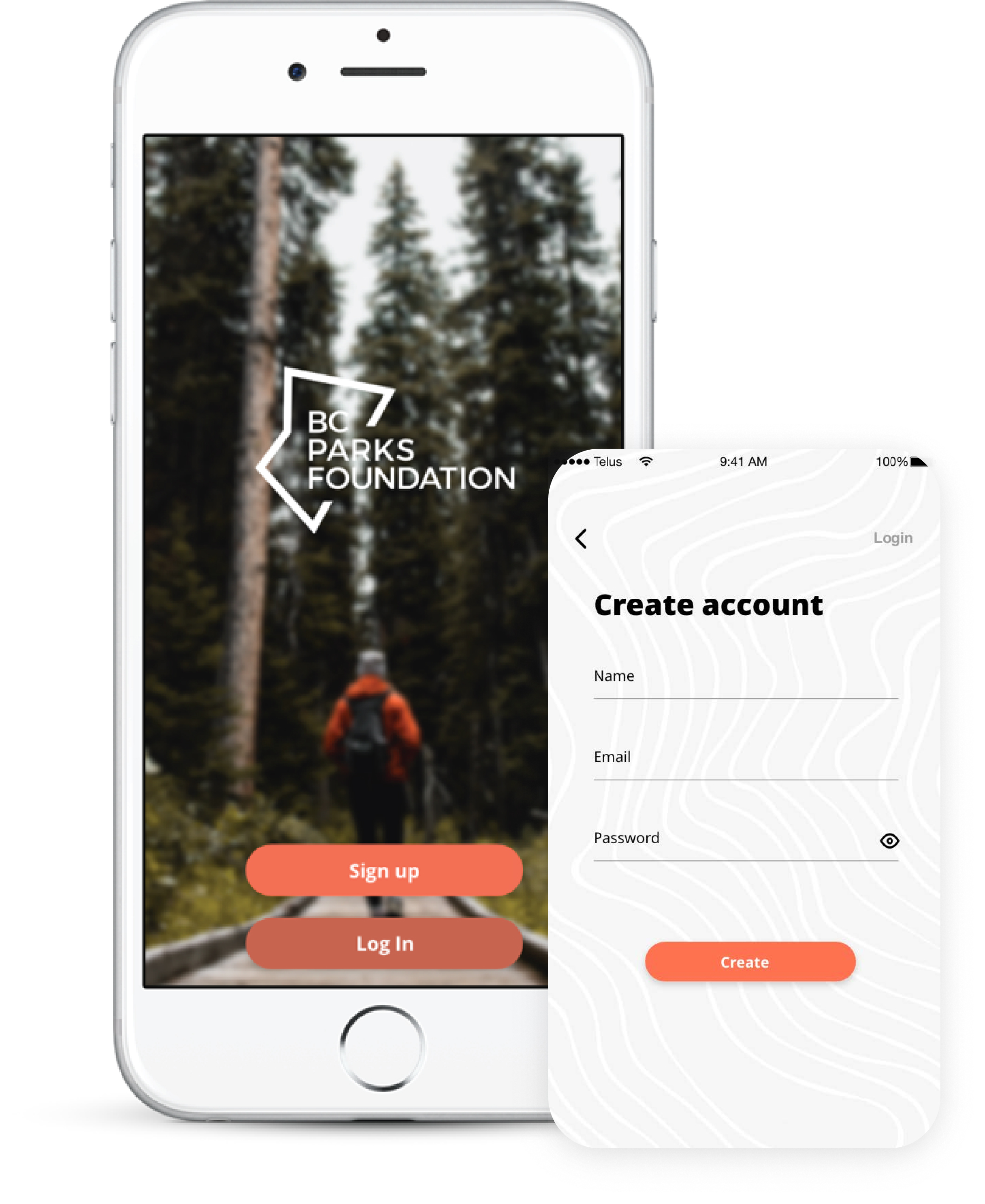 The long term strategy of the campaign was to provide BC Parks Foundation with a platform they could use to gather data, and interact with their visitors.

The app has many features that appeal to the user such as hiking destinations, maps with updated trail conditions, ability to make camping reservations, safety features, etc.

The hiking map app market is already saturated, but what would give BC Parks an edge is that they could re-invent the campsite booking system in BC, which is currently an outdated and dysfunctional website.
Creating this booking feature and advertising it at specific locations (trailhead information boards) would drive traffic to the app and make people more aware of who is behind it.

The app also features all of the necessities for trip planning, such as search filtering features, maps, reviews and updated trail conditions (generated by other users). 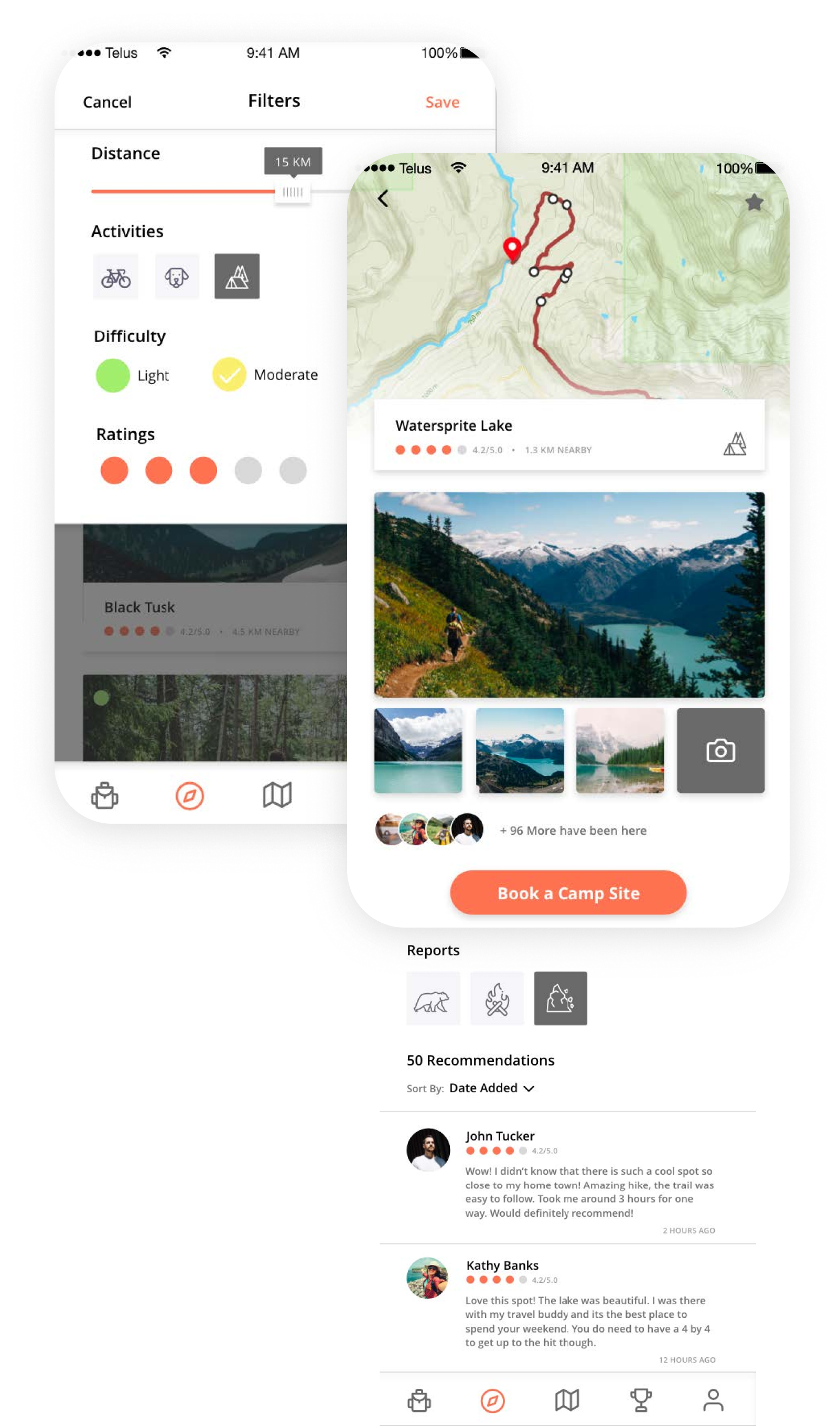 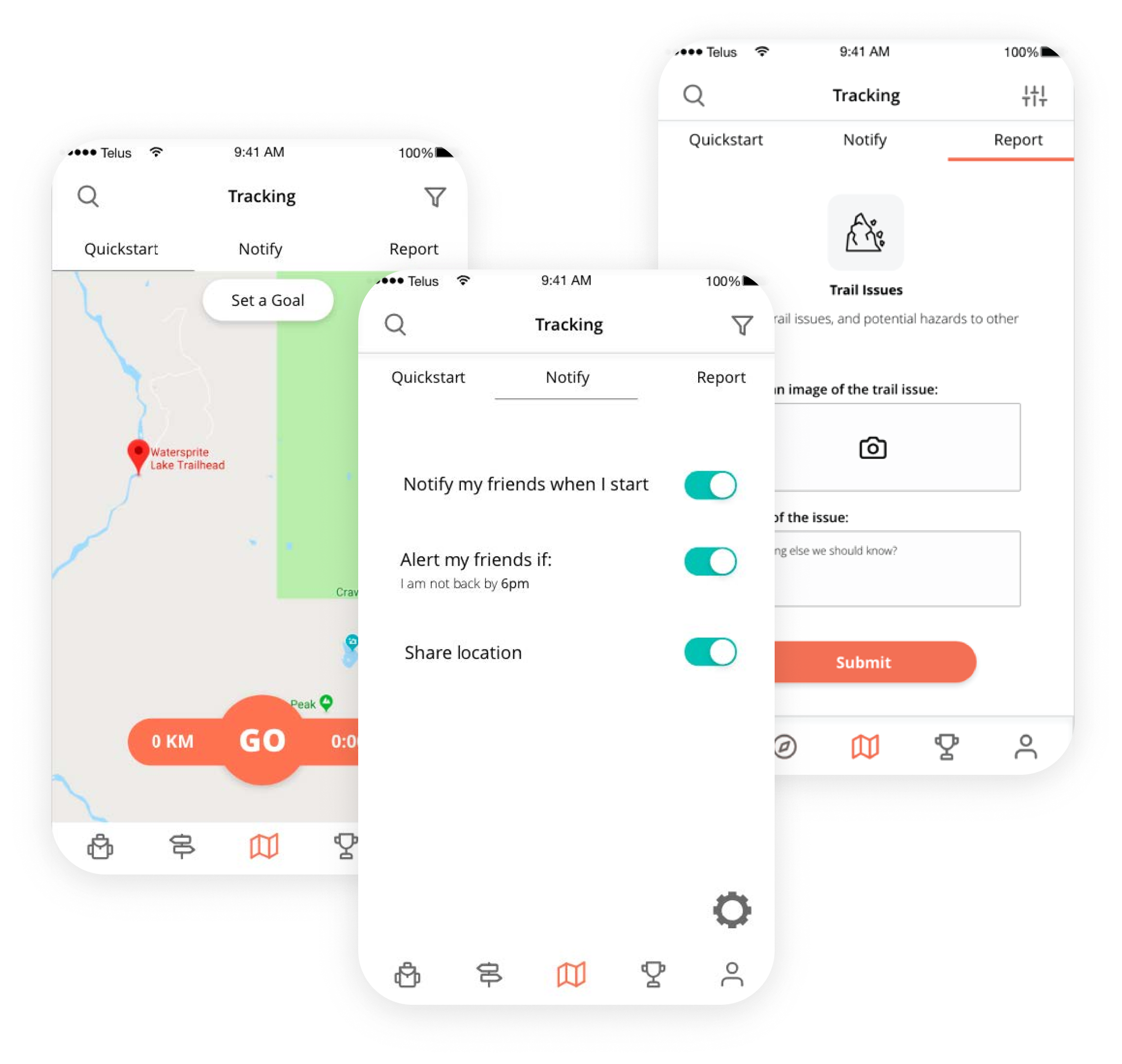 One of the most distinguishable features is the ability to track different events. Users can track their hikes for their own goal-setting purposes, and they are also motivated to redeem distance points using an integrated rewards system.

But tracking also refers to sending notifications to friends if you are not back on the map by a certain time when leaving for a hike.

Users are also encouraged to practice a bit of citizen science and track incidents along trails, such as trail issues or possible fire hazards.
Vanesa Montoya Fendt
Selected Works